Please send an email to contact.lankaninvestor@gmail.com if you face any technical difficulties when posting
Search
Latest topics
» Thread for News on CSE and SL Economy

Our brand is crisis

I have watched the movie and you should too

I still believe people can change, hope GR will be a changed man(No longer Van man) and become the greatest leader who bring back the glory to this nation..........

It is time to look at the reasons behind the failure of YPs.

Lets look at the things promoted in the forum immediately after YP came to power. ( because the failure of YPs started with the actions taken by them from the very beginning).

There were discussions in this forum about how to make Temasek models in Sri Lanka.

TEMASEK Model and it's relevance to Sri Lanka

Recently MS manifesto revealed that when he comes to power in January 8, state owned ventures will be governed like Tamasek model in Singapor
e

Now practically what happened to SOEs?

Ministry of Public Enterprise Development listed 53 SOEs and included all its subsidiaries to be controlled by State.

For an example Bank Of Ceylon has 15 units and People Bank has nine subunits.

Before YPs took over power Only one Chairman was appointed to People's Bank. He was the Chairman of these nine units. But YPs appointed nine Chairmen for these units ...and answered following.

The duty of the newly appointed Chairmen was to provide facilities and jobs for his political loyalties.

Now imagine appointing 10 Chairman jobs instead of One to People's Bank and each giving a good remuneration associated with nice set of directors. This is how new jobs were created.

Imagine a company with just 6 employees having a Chairman with Vehicle...?

Immediately after winning YPs started travelling and reading Maps which was humiliated by cartoonists but promoted by YPs..


3. Not having proper understanding of how Economy works.


Opposition United National Party (UNP) Leader Ranil Wickremsinghe said today the new government, which would be formed by the joint opposition after the current regime was defeated at the January 8 elections, would scrap the Colombo Port City Project.

Mr. Wickremesinghe told tourist industry leaders who met him today that the project would be scrapped because it would end up destroying the coastal belt from Negombo to Beruwal
a


And this is what Kith says NATO

YPs have not studied anything after 1980s,,,Even the Candidate Sajith quote Magrath Thatchers economy....


Now compare that with what People Chose...I do not dare to use my power given by Constitution.

Well,  I see you are doing a greater analysis on why YP failed.
Great.


But if you ask me why YP failed, I think I can say why in 1 sentence.


Do Carry on with the in depth stuff where I can learn something too.
thanks
_________________
Never listen to anyone including myself without your own study. Only few truly genuine people exist in this world.
Please read : http://forum.lankaninvestor.com/t1548-important-warning-and-message
---------

For last 71 years and many years to come , people always failed -politicians succeed

Until a spiritual leader returns story goes on, we need to understand about sri lankan politics and politicians soon.

Unless every sri lankan find the path to become a real human being we are going to fail as a nation.....

You can not make a Lion king out of donkeys/buffaloes... 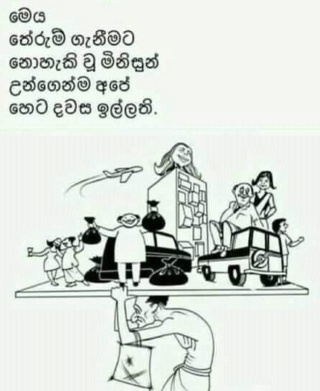 Regarding this everybody wanted something out of it and no body got anything and Champikas above analysis on losing government employees faith is correct.

Just to add few more to Patali here, FCID first get petitions. For an example an ex employee of a SOE sent a petition to FCID against the SOE... All the top level were questioned without much success...


5. Immature, un organized un-visionary leaders who just wanted to enjoy the Once in Life Luck they got.

One example my be Former Defense Secretary who spell out that it is not the job of state to ensure security of profit making entities.. Mind you he was the BOI Chairman few days before he made the statement.

All entities are first destroyed within before crushed from pressure from Without.

Until a spiritual leader returns story goes on, we need to understand about sri lankan politics and politicians soon.

Unless every sri lankan find the path to become a real human being we are going to fail as a nation.....

You can not make a Lion king out of donkeys/buffaloes... 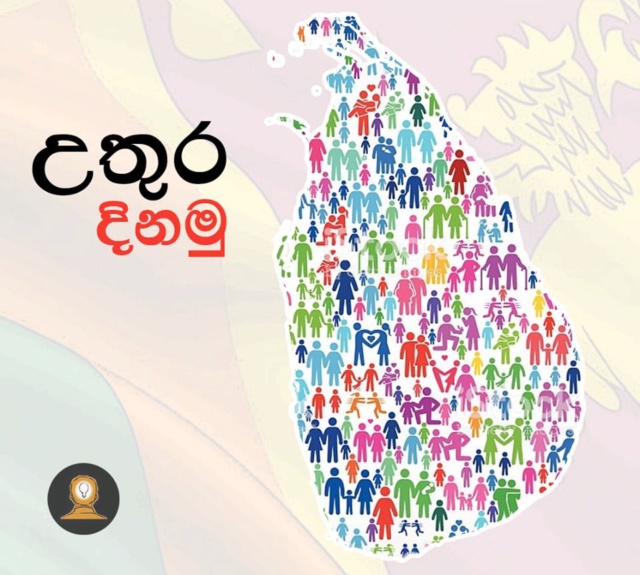 This difference between North and South can be seen elsewhere as well..

The American Civil War was a civil war fought in the United States from 1861 to 1865, between the North and the South. The Civil War began primarily as a result of the long-standing controversy over the enslavement of black peopl

Yes that is what you should do... take the bitter pill yourself first before asking anything else. I read Tamil News Papers daily and I understand how the same is written differently in different Tamil papers. Yesterday when one papers Headline is I WON WITH SINHALA VOTES... the other headline is I INVITE TAMIL AND MUSLIMS...

I use three Tamil-Sinhala dictctionaries. One writer describe the injustices happened to Sinhalese and how the Tamil speakers step motherly treated Majority and how the L-- College Entrance made being Sinhala a disqualification over being Muslim... and the writer argues Sinhalese should learn Tamil to understand what is happening to them and what plots are still carried out.

The other author shows the importance to learn Tamil in order to create harmony among races.

What ever it is learn Tamil... Surely you may understand you brother in North.

One Tamil Friend of mine from Jaffna said MR did very good job to Tamils by creating superb road networks, rail roads, bridges but had he upgraded Kovils of Jaffna he should have won hearts of Tamils...