Yesterday at 4:34 pm by The Invisible

Yesterday at 4:26 pm by The Invisible

This thread is created to post General news in SL and Abroad.
Please post all relevant under it.
_________________
Never listen to anyone including myself without your own study. Only few truly genuine people exist in this world.
Please read : http://forum.lankaninvestor.com/t1548-important-warning-and-message
--------- 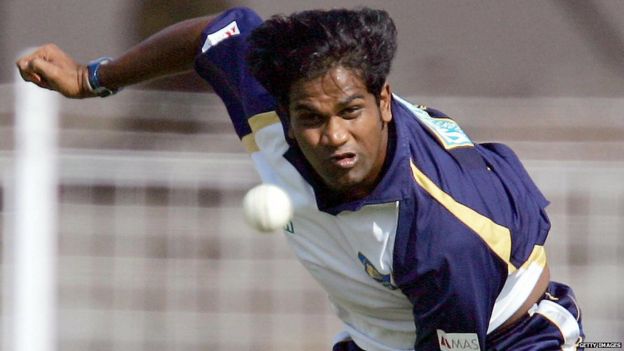 Tokyo, Japan | AFP | Thursday - Tokyo stocks opened lower on Thursday as fresh concerns emerged over the prospects for the Chinese economy with a firmer yen also weighing on the market.

The dollar fetched 112.86 yen in early Asian trade, unchanged from New York, but lower than above-113 yen levels in Tokyo late Wednesday.

Chinese factory activity slowed in October, official data showed Wednesday, adding to a growing list of bad news for the Asian giant as it struggles to maintain economic momentum in the face of US tariffs and a weakening yuan.

The Purchasing Managers' Index (PMI), a key gauge of factory conditions, came in at 50.2 for the month, down from 50.8 in September, the National Bureau of Statistics said.

The official PMIs "were the latest downbeat indicators," Mark Williams of Capital Economics said in a note to clients.

"The Markit manufacturing PMI due on Thursday is the next indicator to watch," he said.

The fall in Japanese shares is in part a rebalancing, in "reaction to a rise of more than 460 yen in the Nikkei index yesterday," Toshiyuki Kanayama, senior market analyst at Monex in a commentary.

In Tokyo, telecoms nosedived after the industry leader NTT Docomo said it would cut fees under government pressure, with its shares down 10.14 percent at 4,268 yen.

Tokyo stocks open higher as investors wait for US vote

Tokyo, Japan | AFP | Tuesday - Tokyo stocks opened higher on Tuesday as the dollar held steady against the yen with a growing wait-and-see mood ahead of US midterm elections.

"A wait-and-see mood is likely to grow on the Tokyo market today ahead of US mid-term elections," Okasan Online Securities said.

The dollar was holding firm, changing hands at 113.23 yen against 113.20 yen in New York Monday afternoon, ahead of polls seen as a referendum on President Donald Trump's performance since taking the White House.

Most experts expect the Democrats will win the House of Representatives, while the Republican party will hold onto control of the Senate.

"If so, we can look forward to Trump going harder on trade, looser–still fiscal policy and even more vociferous attacks on the Fed," Rodrigo Catril, senior foreign exchange strategist at National Australia Bank, said in a note.

In Tokyo stocks trade, SoftBank rose 2.52 percent to 8,968 yen after announcing stellar half-year earnings. The company's boss condemned the killing of Saudi journalist Jamal Khashoggi, but confirmed he would continue to do business with the Middle Eastern kingdom.

Toyota was up 0.64 percent at 6,536 yen ahead of its release of earnings later Tuesday.

Poor economic policies and shortsightedness in business decisions of the United National Party (UNP) have pushed the country backwards to a point of no return, says Dr. Indrajith Aponsu, Assistant Director of the Econsult Investment Services and Senior lecturer at the Department of Economics, Colombo University.

“This government has been in power since the beginning of 2015. During that period for various reasons the country’s economic situation started deteriorating. This was something which no one would have expected when this government took office in 2015. Historically, the UNP government has always been an investor friendly government. Ironically, what happened was the exact opposite,” Dr Aponsu told the Sunday Observer.

Citing possible reasons for the negative performance of the past regime, he said that the UNP had lost its focus from the start.

“Prior to the regime change the economy was doing well. During that time economic growth was on an upward trend recording seven per cent or more economic growth, infrastructure was in place, the war against terrorism was eradicated, foreign direct investors were keen on investing in Sri Lanka, inflation was decreasing and interest rates were on a low trajectory,” he said.

Criticising the economic policies that were adopted at the time, he said that the deterioration of the economy started under the UNP government.

Calling the government’s decision to give public sector workers a Rs.10,000 increase was a mistake and he also said that under the 2015 government the country was managed according to social market economy policies.

“It was a massive burden on the budget, they couldn’t recover from that. It was additional salary expenditure of Rs.150 billion every year. The government could have constructed 50 first class hospitals with that money. It would have made a big difference to the society at large. The government’s decision to spend extra money on public sector salaries was an amateurish decision by the government. This extra burden on the government would continue until inflation discounts it in about five to ten years. According to economic theories expenditure brings aggregate demand. “Aggregate demand is where people are made to spend,” Dr. Aponsu said.

Commenting on the public sector salary increments he said that the salary increase was an injection towards only a particular sector of the society.

“This was disadvantageous towards other sectors of the society. Most of the public sector workers took loans to buy vehicles.

There was an influx of vehicles into the country which drained a huge chunk of foreign exchange. Much foreign exchange was spent on consumer goods. Car imports went up by about 150% in 2015. Indirect taxes were increased by the government. It was tough on the poor population,” he said.

Analysing how the UNP and the SLFP embroiled on a collision course, he said, the government lost the grassroots and everyone due to the coalition. Countries which record high economic growth have managed the markets. J R Jayewardene tried to have a blend between the open economy and managed economy. In between other rulers tried various methods. The 2015 government followed the open economy policy. This would have damaged the country.

“Sri Lanka has been a welfare economy from 1931 with a 90% literacy rate and the Sri Lankan economy is not a “South Asian economy” in that sense. The last government did not understand this.

Agriculture is a sector which fluctutates every year but the worry was that the industry and services also deteriorated under the past government. Garments didn’t flourish despite the GSP+. You cannot raise cost structures of industries and then ask them to export. There are many countries which can compete with Sri Lanka. A future government should try not to score marks on financial policies and rectify issues in the economy.

Thanks Ruwa.
Good article have to agree with the content.
It was a huge mistake on the part of YAHAPALANAYA coyple with unnecessa fuel price reduction.
We paid the price dearly

Police curfew has been imposed in Kuliyapitiya, Bingiriya, Dummalasuriya and Hettipola Police divisions from 2 pm this afternoon (13), stated the Police Media Spokesperson. MORE..
May 13, 2019

-
The government has issued an extraordinary Gazette notification proscribing three organizations in the country.

-
The Leader of Maha Sohon Balakaya Amith Weerasinghe and the Director of Anti-Corruption Movement Namal Kumara have been arrested.

Reportedly, the arrests have been made today (14) by a special police team, stated the Police Media Spokesperson.

Amith Weerasinghe has been arrested at Theldeniya while Namal Kumara was arrested at Warakapola.

President hits back at Cardinal Malcolm

By Our Political Correspondent

ECONOMYNEXT - President Maithripala Sirisena lambasted Cardinal Malcom Ranjith over his call for the government to step down for allegedly failing to ensure an effective investigation.

Sirisena said the cardinal had used the third anniversary of the Easter Sunday bombings to launch a politically motivated attacks against him as well as the authorities investigating the attack.

He did not directly name the cardinal, but made it clear that he was referring to Malcolm Ranjith’s politically-charged sermon from the St. Sebastian’s church.

The Cardinal had asked Sirisena to “go home” and also accused him of failing to resist pressure from unnamed powerful countries to allegedly weaken intelligence services.

“If anyone is unhappy about the investigations, they are free to go to court,” Sirisena said adding that those who were accusing were according to a hidden political agenda and was being supported by drug dealers.

In a thinly veiled reference, the President suggested that the cardinal was being backed by a local opposition politician in Negombo who has been accused in parliament of dealing in drugs.

The President challenged the cardinal to a public debate on the current status of the investigation and the measures taken by the authorities to ensure non-recurrence.

He said he had the highest respect for the Pope, but was dismayed by underhand activities of some others he did not name.